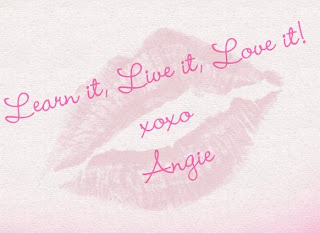 This is a Notice of Infringement as authorized in § 512(c) of the U.S. Copyright Law under the Digital Millennium Copyright Act (DMCA).

You have stolen several articles from this website, In Pursuit of Fulfillment. Since I have never given you or anyone else permission to use articles from this site, these are unauthorized reproductions of copyrighted material originally found at:

Please remove all articles illegally scraped from In Pursuit of Fulfillment immediately or I will file an official complaint with the U.S. Copyright Office, FeedBurner and Google, Inc. Google’s response may include removing or disabling access to material claimed to be the subject of infringing activity and/or terminating subscribers.

Angela Atkinson
To My Readers:
I apologize for this deviation from this blog’s purpose. Thank you for your understanding.

Did you ever have one of those “I wanna run away from home” days? You know the kind I mean–everything seems to go wrong. And it piles up until you “can’t takes it no more.”

It happened to me today. At one point, I was cooking dinner, trying to referee the growing argument between my sons, had my daughter hanging off my leg as my husband asked me to help him find the remote. (And, of course, the phone was ringing.) For just a brief moment, I considered going to bed and trying again tomorrow.

Everyone experiences a rough day now and then, even the really happy people. But the difference between really happy people and less thrilled folks is simple: they perceive the situations they deal with each day in different ways.

Whenever I’d complain about something not going exactly the way I wanted as a child, my dad would always smile and say, “Well, it’s better than a poke in the eye with a sharp stick.”

I’ll admit it. It used to really, really annoy me. My dad had all kinds of colorful ways of saying things (still does, actually)–he should have been a writer, or at least a comedian who writes his own stuff. For example, as a little kid, I developed a bad habit of very conspicuously readjusting my panties when the inevitable ride-up happened (of course, puberty relieved this problem by giving me generous hips, but I digress.)

Dad would look at me and say, “You going to the movies?” I’d say, “Uhm, no…why?” And he’d say, “Well, looks like you’re picking your seat…” I can’t tell you how many times I fell for that before I finally learned my lesson.

Anyway, as you might expect, I find myself using Dad’s special vernacular all the time with my own children. Like when I tell them to to hurry, I say, “Quick, like a bunny!” Or like when we finally get the whole family in the car, belted into their respective seats and ready to go somewhere, I have to announce that “we’re off, like a herd of turtles,” just like Dad used to say.

And when they complain about things not happening exactly as they’d like, I can’t help but remind them that “it’s better than a poke in the eye with a sharp stick.”

So today, as I attempted to handle fifty-seven different issues in 60 seconds flat, I had to stop for a moment and get the situation into perspective. First, I realized, this noisy and annoying family of mine is beautiful, happy, and healthy. And the more agitated I feel, the more agitated they seem to get. Oh, hello, it’s the Law of Attraction calling…like attracts like, silly. Quit being annoyed and they’ll quit annoying you.

So I took a moment and looked around me with fresh eyes. I have so many things for which to be grateful, so I started feeling it. And what do you know? Little by little, I realized that this was SOOO much better than a poke in the eye with a sharp stick.

My challenge to you today is to change your perspective if something doesn’t go your way. Try to notice the things that make you happy, the things for which you’re grateful. You won’t regret it. And hey, feel free to borrow my dad’s instant perspective changer. Just ask yourself, is this better than a poke in the eye with a sharp stick? 🙂