Narcissism on social media tells us a lot about ourselves 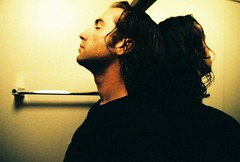 An increasing number of studies into the correlation between social media and narcissistic tendencies confirm what many of us already suspect. We see teenagers spending hour after hour with their phones looking at Facebook, consumed with how they present themselves online and how others respond to their profiles. We read about self-obsessed celebrities promoting themselves on Twitter, even when they appear to be in the midst of a nervous breakdown. Narcissism on social media runs across the spectrum of users.

But it is interesting how the correlation varies between different sites. In a study we conducted on users of Facebook and Twitter, published in Computers in Human Behaviour, we wanted to understand how social media reflected or amplified narcissism. We measured this by asking questions about usage and personality assessments that revealed different narcissistic traits such as exhibitionism, superiority and authority.

We found some young adult university students who had scored higher in certain types of narcissism posted more often on Twitter. But those with narcissistic tendencies in middle-aged adults from the general population tended to post more frequently on Facebook. We concluded that those in middle age had usually already formed their social selves, and used Facebook to gain approval from their peers whereas narcissistic university students used Twitter to broadcast views to broader social circles.

Studies also suggest a link between the amount of time spent on Facebook and the likelihood of showing narcissistic traits, in particular exhibitionism. However, the frequency with which users post status updates is a better predictor and so a less simplistic measure. We can also begin to dig deeper – if posting frequency is linked to narcissistic traits then it’s important to determine whether this applies to any kind of posting (like linking to a news story) or only postings related to one’s own thoughts, feelings, and accomplishments.

Future research would also determine whether narcissists differ from others in their expectations of how others respond to their posts. For those who receive many comments or “likes” on a picture or status update, frequent posting can be a means of conversation. If you’re a narcissist, how does it affect you if you post but don’t receive any feedback?

Research recently carried out at Penn State University also suggests that how we behave in social media reflects our levels of self-esteem. Participants were asked questioned about the types of personal data they included on their profiles, how often they changed and updated information and how they saw their self-worth. From this the researchers suggest that users with lower self-esteem continuously monitor their walls and delete unwanted posts from other users. From a practical perspective, the researchers suggest that app developers could develop ways of customising walls and profile pages to tap into these concerns.

Social media use has developed over the years. So there is a risk in this type of research of producing fragmentary evidence that doesn’t add up to anything meaningful. And the more specific a measure is (measuring Facebook “pokes”, for instance), the more likely the practice that is being measured is to fall out of use, leading research to become inscrutable to future readers (what, exactly, did it mean to “poke” someone?).

Instead we need to consider the bigger picture by analysing attributes and behaviours that stick around long after the latest iteration of the most popular social media site has vanished. No one may be poking or tweeting ten years from now, but it’s a relatively safe bet that people will post information about themselves and their accomplishments with varying frequency and with various expectations about their audiences.

Some have responded to critiques of social media by likening it to the overblown “moral panics” over the effect of comic books and television on children. A common defence of social media (and media generally) is that its use is merely an extension of existing behaviour. Teenagers of yesteryear congregated in parking lots; today, they congregate online.

This outlook is productive because it helps us to avoid an irrational bias in favour of face-to-face interaction and against all things digital. However, it fails to acknowledge how certain attributes of online life – immediate gratification, the expanded audience – may fundamentally change how we interact and develop as human beings. Keeping on eye on the relationships between social media use and psychological traits such as narcissism helps us know whether certain kinds of online socialising strengthen our social fabric while other kinds divide us further.

More than a billion people now have Facebook accounts and we know that social media use is associated with desirable things such as increasing social support. It also appears to help those who are shy form meaningful relationships. But we have to understand the good and the bad.

Research findings on narcissism and social media use should help us fill in some of the missing pieces about how we are developing relationships and interacting in a digital age. We still don’t know whether social media itself causes increases in narcissism, if narcissists merely seek out social media, or if both form a kind of vicious cycle. The rapid, widespread adoption of any technology is oft met with the dual responses of fear and claims of exaggeration. Understanding the limitations of findings – and the benefits – is the best way to separate knowledge from controversy.

Elliot Panek has received funding from The Character Project, sponsored by Wake Forest University via the John Templeton Foundation

This article was originally published at The Conversation.
Read the original article.

She offers individual and group coaching for victims and survivors of narcissistic abuse at NarcissisticAbuseRecovery.Online.

The Psychology of Toxic Relationships Between Narcissists and Codependents – Trauma Bonding

Why is it so hard to leave a narcissist? Are you addicted to a narcissist? Can you be addicted to a person? Let’s talk about trauma bonding and how it affects your mind, body, and soul. Narcissists and codependents together in a relationship can be a toxic cocktail, and this is how and why.

Narcissists Fool You With False Empathy

Here’s the thing. When we say “narcissists have no empathy,” we don’t necessarily mean that they’re not capable of figuring out what you’re feeling. What we mean is that narcissists don’t FEEL empathy in the same way as most people do. They have no compassion, no remorse and they don’t feel regret – unless they regret a choice they made because it negatively affected them directly.

Why Does It Hurt To Love A Narcissist?

(Prefer to watch or listen? Check out the video here on YouTube) Loving a narcissist is hard, and honestly, it hurts. I know from personal experience. See, I've dealt with several narcissists in toxic relationships in my life - family members, friends, and even a...