This infographic was made by Courthouse

Everything You Ever Wanted to Know About Diamonds

Diamonds have been the focus of attention for artists, writers, religions, and people in general for almost all cultures for years because they represent status, beauty, perfection and wealth.

Diamonds are especially significant for many women especially as they represent status, beauty, and class for the wearer. Owners of the larger diamonds are held in high regard by admirers, as these people are perceived as special and high status.

In addition, various religions have recognized the symbolic beauty of the diamond and its extraordinary physical properties. But diamonds have a religious-mystical quality in various religions, such as the Diamond Sutra in Tibetan Buddhism is one of the most beloved texts.

The devotional statues of Hindu gods had diamond eyes, as diamonds were thought to be treasured gifts from the gods. The ancient Greeks also associated diamonds with the tears of their gods. In fact, the name “diamond” comes from the ancient Greek word, adamas which means invincible, because diamonds have indestructible qualities.

Diamonds also can be used as tough, abrasive tools as well as set in a stunning piece of diamond jewelry by craftspersons and jewelry designers. The reason why diamonds are so unique as they are one of the two main forms of carbon (along with graphite) they can only be scratched by other diamonds, they are a dynamic conductor of heat, and they are excellent cutting tools that are used in various industries.The solid durability and the ability of diamonds to to reflect light are qualities which make them useful for industry and for a beautiful piece of jewelry. It takes over two tons of mined ore to find a quality diamond that can be used for a good piece of jewelry, so diamonds are certainly unique and special.

A mined diamond is taken to a diamond cutter in order to be cut and shaped into a round shape to be prepared to be sold for jewelry. The cutter attempts to cut the diamond to show the reflecting light from the various facets of the cut stone. The reflecting light, or the fire, is the most important attraction of a beautifully cut diamond. Diamond cutters treat diamond cutting as an art, because the light relecting from the diamond must be cut in such a way that is attractive as possible. The job is finished when it is polished.

Over the years, there have been many well-known diamonds that have been found and named after the owners, people, or places. These diamonds are usually quite large and have a great deal of value attached to them. In addition, they have no “name brand” as an authentic diamond is a product of nature not anything manufactured. The value of the diamond is not based on where the diamond was mined: it could be in India, Russia, Africa, Canada, Australia, and other countries. Diamonds can be formed from the magma from volcanic eruptions, plates of the earth crashing together, and even more rarely from glaciers.

People often wonder how a particular piece of diamond jewelry is assigned a price tag. The use of different types of gold or platinum for the setting, the quality of the diamond, and many more factors come into play. To determine the price, a company may be called in to appraise the diamond’s properties: its weight, clarity, cut and color. When the results are finalized with the assessment of the diamond, it is then bought by a diamond dealer who will try to sell it to a professional jeweler who will in turn to sell it retail to the consumer.

If a consumer would like to get an assessment or certification for a diamond, the GIA, which is the Gemological Institute of America would be a good place to get the work done. It is considered more accurate than a jeweler. After the results, the consumer can try to read a diamond cutter’s guide to try to interpret the results. It is not advisable to try the Diamond Calculators on the Internet, as they are not considered accurate. Remember that the Diamond Grading Report is considered the main resource for the serious shopper.

In sum, we can see that diamonds probably will never lose their attraction and significance in all cultures. Today, they signify true love, hope, and promise for those seeking engagement or wedding rings. It is often a romantic and intimate occasion for couples to go shopping for rings. Luckily, there are a broad array of diamond rings suitable for many budgets. And it is a very personal choice in the selection of the diamond ring; after all, diamonds last a very long time!

What’s the best anti-aging product? You might be surprised. 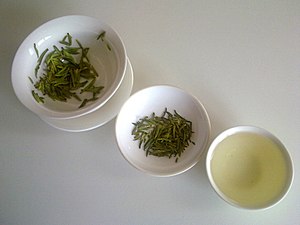 While searching for the world’s best anti aging skin care product I found myself traveling to the mountains of the Swiss Alps, the jungles of Africa, the caves of Egypt. All the while in the ed my discover was on so simply yet incredible it was more than I had bargained for.

Green Tea as an Antiaging product?

Who knew that in one cup you could possess something that can prevent heart disease, gum diseases, help you lose weight and even cure cancer? The claims against green tea are bold, so what can it do in terms of an antiaging skin care product? It’s an ancient drink that has been used as health food for all the benefits mentioned above and more.

Green tea has a high content of polyphenols. Polyphenols while in some plants contribute to the color of leaves during fall and autumn, in tea they act as an antioxidant. Helping to prevent cardio vascular disease and cancer.

The Polypheols in green tea which give it antiaging properties are known as catechins. Catechins make up almost 25% of the volume of a dried tea leaf. For comparison one cup of green tea will provide you with 10-40 mg of polyphenols which is more then a full serving of broccoli.