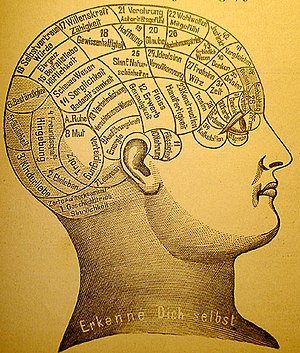 Have you heard about the big bucks Microsoft co-founder Paul Allen’s allocating for the study of the human mind? Allen wants to figure out what makes us tick.

According to a recent press release, the Allen Institute for Brain Science recently announced that Paul G. Allen has committed an additional $300 million to the Institute to significantly expand its scientific programs.

This means that Allen has committed to a total of $500 million to date.

He has charged the Institute with “tackling some of the most fundamental and complex questions in brain science today. The answers to these questions are essential for achieving a complete understanding of how the brain works, what goes wrong in brain-related diseases and disorders, and how best to treat them,” the press release said.

There’s a 10-year plan in place, during which Allen hopes researchers learn the answers to a few key questions:

MSN’s Cosmic Log blogger Alan Boyle was in attendance when the Institute laid out its plans, and he had the opportunity to interview Christoph Koch, chief scientific officer for the Allen Institute for Brain Science.

Koch told Boyle that the Institute is focusing many of its resources on “trying to understand this piece of highly, highly complex math and science.”

“The most organized piece of matter in the known universe is the cerebral cortex, the one that makes you and me think and smell and hear and talk. That’s what we’re trying to understand,” Koch told Boyle. “Just as people spend a huge amount of time and effort to build these different observatories to look at the origin of space and time, we’re going to build these observatories, these very sophisticated instruments, all of them using common standards, all peering at the brain — primarily animal brains, but also the human brain.”

Is this the future of artificial intelligence?

Jack William Bell recently posted his thoughts on the matter over at Blogging the Singularity.

“While this knowledge will certainly help understanding ‘brain-related diseases and disorders’ it provides for other applications as well, including direct neural interfaces and uploading–two subjects at the core of transhumanist singularity scenarios,” Bell wrote. “While Mr. Allen is undoubtable rich enough to afford even such a princely sum, one has to wonder if his motives are related more to the latter than the former. After all, what good is being a billionaire if you can’t use it to live forever?”

As I was putting together a Storify on this very intriguing topic, I came across this Facebook post:

“Undoubtedly a move to support the Ray Kurzweil/Bill Gates agenda of a union of neuro-science, computer science and genetic engineering to produce the future human they envision – Cyborg – a genetically engineered human machine. Be attentive, it is a much deeper, more hidden evil then anything appearing on the outer political or economic headlines. This whole cover up that it has to do with helping people with diseases is not the ultimate agenda. See the film: Singularity is Near by Ray Kurzweil or if you have patience, read his 400 page book with the same name.”

What do you think about this whole thing?

I have to admit that my first thought when I heard this was that it might have something to do with developing the next phase in artificial intelligence–and on the other side of the coin, I thought about how amazing it would be to truly understand how the mind works, because we could learn how to heal ourselves in new and better ways.

But then, of course, my mind went to all of the TV shows and movies we’ve all seen that showed ‘the future,’ including robo-maids (thank you, Jane Jetson) and robo-spouses and robo-kids. Even a robo-dog or robo-cat could be a possibility–they’d surely be allergen free, right?

Can you imagine the possibilities? Do they excite you, or scare you a little? Share your thoughts in the comments section, below.