Why My Last Relationship Ended: Men Speak Out 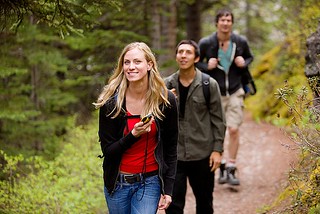 “Maybe part of loving is learning to let go.”  ~The Wonder Years

Relationships end for all kinds of reasons–some more logical than others. We did an informal survey of a group of men ages 24 to 50 and asked how their last relationships ended.

Here are a few of their most interesting answers.

Why My Last Relationship Ended: Men Speak Out

“Came home from work to find her gone. No letter, no call, nothing. I had to tell our 16 year son the next morning when he came in from a sleep over. That was 5 days before his 17th birthday. She just up and left to Michigan.” ~Dennis

“I was a dam drunk. I put her through hell and back. I kicked her out. Went and got a fast devorce. Then for awhile I thought what an ass. I turned my self in for recovery. 1 year later when I new I was alot better but still in recovey. Had to find her. Another year later remarried and I’m 3 years sober going on 4 years.” ~Joe

“When I was a freshman in college, I had a crush on a girl… we will call her Karen. We went out a couple times. It never turned into anything romantic, but we became best friends… When I was a junior in college, I started dating a girl… we will call her Tracy. We dated for 9 months… when I was a senior in college, Tracy dumped me and started dating… Karen… the girl I had a crush on my freshman year. Now every time I hear “My Best Friend’s Girlfriend” by The Cars, I cry AND laugh.” ~Kristopher

“I caught my ex in bed with another woman.” ~Josh

Why Relationships End, According to Men

According to AskMen.com, relationships commonly end for a few different reasons; primarily religion, sex, money and kids (or lack thereof).

1- Discuss issues as you go along, as values and wants evolve.
2- Accept the other person for what they are, and don’t expect them to change.
3- Try to understand your woman, rather than argue with her.
4- Keep an informal count to make sure that sacrifices are distributed equally.

eHarmony lists distance as a primary factor in relationships ending, followed closely by “the real self” coming out. It seems that many people are so busy pretending to be something they’re not that when the “real” versions of themselves rear their “ugly” heads, their partners are often shocked and disappointed.

And SheKnows.com says the top two reasons relationships end are incompatibility and cheating.

How about you? What do you think is the top reason for relationships to end? Why did your last relationship end? Share your thoughts, feelings and experiences in the comments section, below.