Hack Your Job: Top 10 Ways to Get Ahead at Work

“People who are unable to motivate themselves must be content with mediocrity, no matter how impressive their other talents.” –Andrew Carnegie

Between getting ready for work, driving to work, working, driving home and worrying about work, most of us spend at least 60 hours each week focusing on our jobs. Work takes up so much of your life that you might as well make the best of it.

I always say loving what you do means you won’t work a day in your life. But even if you don’t absolutely love it, you can learn to like your job and to take your career to the next level.

There are many things you can do to supercharge your career, and you can start with these simple “job hacks.”

Hack Your Job: Top 10 Ways to Get Ahead at Work

1. Know what matters and tackle critical priorities first! Work from a prioritized to-do list. You might have noticed that many of your co-workers are highly skilled at staying busy, but accomplishing little. Before you even arrive at work, have a to-do list that you’ve narrowed down to the most important 2-3 tasks. Fight like heck to get those highly important tasks completed.

2. Become the person known for punctuality. Be on time with everything you do. If work starts at 8:00, be there at 7:45. If your report is due by Friday, get it done by Wednesday. If you’re constantly late, your boss and co-workers won’t trust you. Intending to be early with your projects also provides more opportunity to do a great job than waiting until the last minute.

3. If you can’t say anything nice, say nothing at all. Avoid gossip. Everyone knows who the gossipers are, including your boss. Nothing positive comes from idle chitchat at work. You’re going to get yourself into trouble sooner or later. You have your to-do list to keep you busy anyway.

4. Keep your chin up! Be positive. Your boss loves it when you have a positive attitude. It helps everyone around you to feel better and to do a good job. You’ll feel better, too.

5. Don’t be afraid to take a leadership position! Get out there and lead. It’s rare that anyone wants to volunteer for additional responsibility. Take the bull by the horns and get things accomplished. Avoid overstepping your bounds, but try being a little more assertive than your coworkers. Most of your coworkers would rather be led than have to take the lead themselves.

6. Get in the corporate mindset! Be supportive of the final decision. Whether it’s your boss or the executives in the main office, there will be decisions that are unpopular. But after the final decision has been made, it’s your job to get behind it and support it to the best of your ability. Being a roadblock will only work against you.

7. Think outside the box. Expand your skills. Given enough time, everyone’s skills are eventually obsolete. Stay ahead of the curve and expand your skill-set. Look to the future and position yourself appropriately. What are the new positions that are opening up in your company? What’s the most popular job opening on the employment websites?

9. Support your co-workers. Help your co-workers to look good, too. One of them is likely to be in a position to help you one day. They might even end up being your boss.

10. Dress for success. Have you ever noticed that the worst dressed person in a group never seems to get ahead? A great rule of thumb is to dress like your boss. You’d be surprised how much consideration you get for looking the part. You know – dress for the job you want, not the job you have!

It’s easy to thrive at work by taking the extra step. Let everyone else show up 5 minutes late, complain, and mindlessly shuffle papers around their desk. Be on time. Stay positive. Get things accomplished and look good while you’re doing it. A few small changes are all that’s needed to get ahead at work.

What are your best ideas for getting ahead at work? Share them in the comments section, below!

For Paraliminal Lovers! (And those who want great change)

The ‘Ultimate You’ Mindfest Begins Oct. 26: Get Your Free Pass Today!

The “Ultimate You Mindfest” is here!

Tough Love: Why You Suck at Meeting New People (and How to Fix It!)

Whether we like it or not, we judge one another every single day without even realizing it. END_OF_DOCUMENT_TOKEN_TO_BE_REPLACED 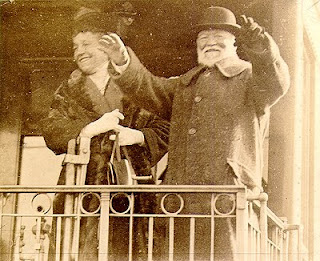