Why You Should Never Have Kids (Unless You Really Want To) 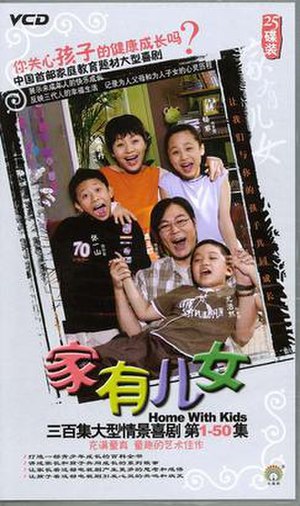 You’ve heard of the mommy wars, right? That’s when moms get into heated debates (and sometimes even physical altercations) over silly things–like working vs. staying home with kids, marriage or not, bottle or breast, extended use rear facing car seats or not–the list goes on and on.

And you’ve heard about the whole mommy-stigma thing. This is when a woman is assumed to be less capable, intelligent or otherwise valuable because she chooses to be a mother (and, in many cases, how she prioritizes that role in her life.)

But what about women (and men) who choose not to have children? Have you ever thought about the fact that they, too, are highly criticized?

While some percentage of “non-parents” is made up of those who wanted children but couldn’t have them, either because of physical limits or relationship status, the rest of them are made up of people who just decided not have kids.

I can’t tell you how often I’ve heard other moms say things like “It’s so sad that they decided not to have kids,” and even “How could they be so selfish?” when someone says they chose not to be a parent.

The fact is that 81 percent of men and 87 percent of women will become parents in their lifetimes. This means that we are almost expected to do so–and that many people in society actually criticize those who make an intentional choice not to have kids. This is especially true for women, but it also affects men.

Having Kids Changes Everything

If you’re not ready to completely revamp literally every single aspect of your life, you’re not ready for kids. Your social life, your sex life and your personal life will be completely changed when you make the choice to become a parent. Your priorities will change in such a way that nothing else will be more important than your children. Your career, your friends and even yourself are all suddenly less important than they were pre-kids.

We all know someone who has children but shouldn’t. Whether their children are being raised by a nanny or a grandma or aunt, or they’re just being severely physically or emotionally neglected, some people just aren’t parent material. This doesn’t always necessarily mean that they’re bad people–just that they’re people who shouldn’t be parents. Maybe they’re too selfish or too immature or simply don’t know how to be  parents. In any case, they chose to have kids, but they’re not following up on the responsibilities that go along with it.

Why You Should Respect ‘Non-Parents’

First of all, I don’t think that anyone should be criticized for making a choice not to have children. Though I, myself, am a parent who loves her children with every fiber of her being, I am also a logical person who realizes the profound effect having kids has on one’s life.

People who choose not to have kids aren’t being selfish or immature–they’re being  smart. If a person knows herself well enough to understand that she doesn’t want to be a parent, and makes the choice to remain kid-free, she’s doing herself and her potential kid a favor. Kids who aren’t wanted know they’re not wanted–and parents who don’t want to be parents feel restricted and oppressed by the job, even when they’re good at it.

It’s bad energy on both sides, and it’s not good for anyone.

The Argument Against Parenthood

“I think women are afraid to say that they don’t want children because they’re going to get shunned … I have more girlfriends who don’t have kids than those that do,” actress Cameron Diaz told Cosmo magazine back in 2009.  “And honestly? We don’t need any more kids. We have plenty of people on this planet.”

Diaz isn’t the only one who thinks this way, either. USA Today reported in 2009 that households with children had reached an all-time low of just 46 percent–that’s less than half.

And, contrary to what many studies tell us, being a parent does makes life and relationships in general just a little bit harder.

From a Newsweek article:

“Parents experience lower levels of emotional well-being, less frequent positive emotions and more frequent negative emotions than their childless peers,” says Florida State University‘s Robin Simon, a sociology professor who’s conducted several recent parenting studies, the most thorough of which came out in 2005 and looked at data gathered from 13,000 Americans by the National Survey of Families and Households. “In fact, no group of parents—married, single, step or even empty nest—reported significantly greater emotional well-being than people who never had children. It’s such a counterintuitive finding because we have these cultural beliefs that children are the key to happiness and a healthy life, and they’re not.”

Bottom line: Being a parent is hard, and it’s not necessary to be a parent to feel fulfilled in life.

Why I Chose to Be a Parent

I never thought I wanted kids. My plan was to be a globe-trotting journalist who later settled down in Maine to write the great American novel. But things happened, circumstances changed, and I’ve got three kids (and don’t live anywhere near Maine.)

With my first child, I thought I knew what I was getting myself into, but the truth is that I, like many new parents, was completely clueless. I did a lot of reading and researching and learned “on the job.” And it was/is the hardest (and best) thing I’ve ever done or will do.

But, when I found out I was pregnant with him, I knew two important things: I wanted him and I wanted to love him.

Once he arrived, I learned very quickly what my priorities were–and today, three kids later, I have absolutely no regrets. I love my kids, and I wouldn’t trade them for the world. I don’t mind that I’ve had to make major adjustments to my life plan–I feel like it’s all worth it. But that’s my choice–and I won’t judge you if yours is different.

Though being a parent is the hardest job you’ll ever have, it’s also one of the most rewarding. And if you have chosen to take on the task/gift of being called “mom” or “dad” (titles that are earned rather than assumed), then you already know what I mean.

It’s all worth it, if you want it. It’s the indescribable sense of wonder that children make you feel, the way they look at you with such trust in their eyes–the way they believe that you can fix everything that goes wrong. Watching them sleep, seeing them succeed, being their biggest cheerleader–that’s what it’s all about. Watching them grow up is a sad and amazing experience all at once–sad because the older they get, the more independent they become–and amazing for the same reason.

But when all is said and done, there should be no arguing involved. It’s a very personal choice that only you should make. If you want to become a parent, then do it. But if you’re not “parentally inclined,” don’t allow yourself to be pressured by your family, your friends or society. Follow your gut, and you’ll end up in the right place, one way or another.

What do you think? Have you judged (or been judged) because of parental status? Tell me in the comments!