Off Topic: People Keep Telling Me I Look Like Penelope Garcia

I always thought it would be kinda cool to look like a celebrity, but I was never really “one of those girls” who had it like that.

So, yeah – I didn’t get accused of looking like a celeb too often, and I couldn’t have cared less. It obviously wasn’t something I focused on, because, honestly, I just wanted to be the best possible version of ME. And really, do you know anyone who is so miserable because nobody tells them “OMG YOU LOOK JUST LIKE (INSERT CELEB NAME HERE)!”??

But then, a couple of years ago, people started telling me I looked like “that girl from Criminal Minds” – and at first, I just figured it was a fluke, or maybe that the person needed glasses.

After it happened five or six times, I finally Googled it and saw who they meant; they thought I looked like Kirsten Vangsness – the beautiful and talented actress who plays Penelope Garcia on Criminal Minds.

I don’t know – what do you think? Would you say I’m a Penelope Garcia look-alike? And people keep telling me that I sound like her too. I hadn’t watched the show before, and I didn’t know how I felt about the comparison.

So I watched a few YouTube clips – and you know what? I wasn’t mad – that girl is HOT and SMART! So, I’ll take it as a compliment! Wouldn’t you?

What do you think? Is it true? Do we really look alike? Be honest with me – I can take it! 🙂 What celebrity do people say you look like?

“I am an unconventional beauty. I grew up in a high school where if you didn’t have a nose job and money and if you weren’t thin, you weren’t cool, popular, beautiful. I was always told that I wasn’t pretty enough to be on television.” ~Glee actress Lea Michele

We’re continuing to celebrate Beautiful Women Week here at Project Blissful (in collaboration with MTM Body), and today, I thought you might like to see a few unconventionally beautiful women. Yesterday, I shared my list of 20 of my favorite women who are the embodiment of both brains and beauty (not to mention success)!

And now, without further ado, I present to you 10 unconventionally beautiful women whose names you might recognize. 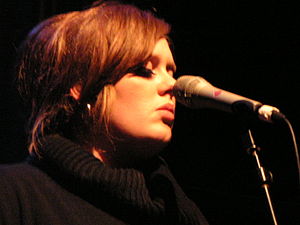 You probably know her as an amazing singer who also happens to be a talented songwriter. You’ve probably read about her struggles with weight and with her throat problems that threatened her career. You know she’s been through it all–and you love her anyway. Adele may not look like the standard society-approved beauty, but there’s no question that she’s absolutely gorgeous.

Maybe you know her as Steven Tyler‘s daughter, or even Liv Tyler‘s long-lost sister. You might even be aware that she’s a pretty successful plus-sized model. However you want to look at it–Mia Tyler is pretty damn hot, don’t you think? 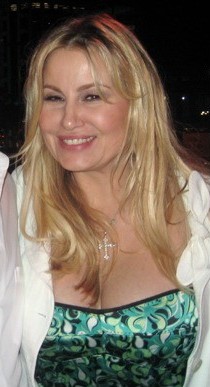 She’s been called Ugly Betty. She’s been a sister of the traveling pants and a Lifetime moviestar. She’s a great actress–and despite claims to the contrary, America Ferrera is super-hot and holds her ground in this unconventional beauty roundup.

She was Kelly Kapoor on NBC’s The Office. She’s now staring as sassy, sexy (and uhm, UNCONVENTIONAL) Dr. Mindy Lahiri in The Mindy Project, and honestly, I can’t get enough of her. Not only is Mindy Kaling an unc0nventional beauty, but she’s also super-smart and talented. And her ability to be vulnerable makes her totally lovable.

So those are my picks for today–who are some of your favorite unconventionally beautiful ladies? Share your thoughts in the comments section, below!