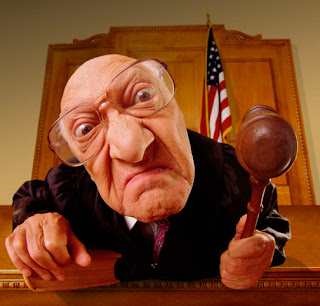 Have you ever been in a situation where someone has underestimated you in some way? Whether the offender misjudged your intelligence, your abilities or your strength, how did it make you feel?

The most important thing to do when this happens is to keep it in perspective–are the people who are judging or underestimating you perfect? It’s highly unlikely. Everyone has flaws–and in most cases, one man’s flaw is another man’s treasure. Embrace yourself and remember that you are perfectly YOU–and that’s really all that matters.

But even though I had a strong emotional reaction to this behavior, I stepped back and took a logical look at the situation. If I were to blow up and do the diarrhea of the mouth thing, it would very negatively affect my career–and certainly that particular job. So, I decided to change my mind, and I managed to maintain a professional and fairly friendly relationship with this person, despite my personal feelings. And eventually, she got the clue that I knew what I was doing. We actually became “work friends,” even.