What I thought was going to be an in and out and I get my way hearing had a few more steps. All of the months that my husband and I were still somewhat communicating, I tried on more than one occasion to get his check stubs and of course, he wasn’t compliant except once. Not enough for what I was looking for in the divorce.

A learning experience in the books for subpoena power.

On the plus side, I know the two places my husband is working for and filing the paperwork will be free. Due to already having indigent status with the courts, all I have to do is send them to his employers. I should have taken care of this step sometime in July to have it ready for the final hearing.

Hindsight tells me this would’ve been a lot quicker had I taken care of these steps earlier but there was no one reminding me of the steps.

So save yourself some trouble! If you don’t have check stubs, have tax returns, or anything to prove the amount your spouse gets paid, think ahead and file a nonparty subpoena* to produce records also called Subpoena duces tecum. Since he is in default he hasn’t produced anything and I should have thought better than to trust him.

*Editor’s Note: According to Cornell University Law, “under rare circumstances, a nonparty witness might have a ground for seeking a protective order under Rule 26(c) with regard to the manner of recording or the use of the deposition if recorded in a certain manner. Should such a witness not learn of the manner of recording until the deposition begins, undesirable delay or complication might result. Advance notice of the recording method affords an opportunity to raise such protective issues.” It is defined by the dictionary as “a writ ordering a person to attend a court and bring relevant documents.”

While in court, the general magistrate said some things to me that had me going back through statute on spousal support and since the law is the law I have to prove what laws I deserve the spousal support under. I have the law and now I need the proof that he can afford it. He will never be someone I can count on as he has never been in the last 12 years and continues to not be now. I will be working on that next week and I will write about that in this series. Think about the empowerment when this is all over with.

DIY Divorce: After the divorce papers are filed.

When you make the decision to file for divorce on your own, you will realize quickly that there are a lot of things that have to be done.  Once the court has the paperwork, your next step is to get your spouse served. Some states have process servers and some states just have law enforcement serve them. But the good news is that it is not something you will have to do. I worked with a process server and my husband was served within hours of me filing the paperwork because I knew that he was leaving the state and things would be a lot harder as well as expensive with him so far away. 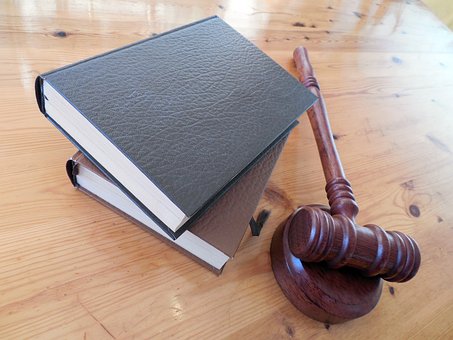 He did call me after he was served and assured me I would get my answer. Of course, I am still waiting. There is a time limit for your spouse to answer the petition and it is usually 20 days or less, but if they miss that deadline, then your case will go into default and you will more than likely get what you’ve asked for. It does take a little longer to do it all on your own and without the other party participating but the savings and lack of contact make it worth it.

There will be a case management hearing; I had two, so that the court can make sure that you have all of your paperwork in its entirety and that you have done everything you needed to do. If your spouse is involved in the divorce they will be there also.

If you can both agree on the terms of the divorce, it goes a little quicker. But if not, just do your best to relax and know that it will come to an end sooner than later.For example, I filed for divorce January 10 and my final hearing was supposed to be August 24th (this didn’t go as planned, so the new final hearing October 8, 2018). It has been a long wait but I can finally see the light at the end of the tunnel.

We were both court-ordered to take a parenting class in order for the divorce to go through. Some states make it mandatory and some don’t. Most states want you to take the class in person but if there is some reason you can not attend an in-person class you can file a motion with the courthouse and ask the judge to approve you taking the online class but you will have to have a reason other than you do not want to. Because of my anxiety and C-PTSD, being in a room full of strangers while I was still stuck with the verbal and mental abuse was not an option. I actually took the class first and asked for permission later. Luckily my judge was understanding and it was accepted.

We have covered how to start the process of the divorce and also having your spouse served.

Now to start the waiting game. There will be a lot of that. My county has a web page for the clerk’s office that you can look at to see the activity on your case. Every page you filed is on there and you can keep an eye on it to see if your spouse has done their part.

Divorce is stressful any way you go about it. Know that you are a survivor and this is just another bump in the road. You have overcome so much more. Good luck SPANily! I look forward to hearing about your experiences along the way. You never know who your experience can help.

Check out our new sister site, Divorce Your Narcissist for more resources and information on divorcing your narcissist.

DIY Divorce: How Misty is Divorcing Her Narcissist