Forgive That Jerk: Set Yourself Free 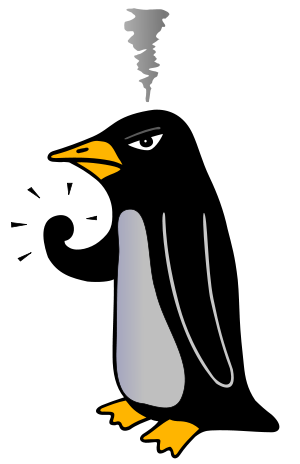 When I was in college, I rented a basement from a friend and her boyfriend.

Things went great until their relationship began to deteriorate, at which time my friend moved out.

We all agreed that I would continue to rent the basement, at least until they decided what to do with the house.

In the few weeks I lived there after my friend moved out, her boyfriend began to go into my things while I was gone, taking things and doing who knows what else.

He made it no secret either–on several occasions he confronted me about various items or information he found among my private belongings.

And then, one day, I woke up and found that he’d climbed into my bed while I slept. That was the last straw. He had violated my privacy and now he was violating my personal right to choose who was allowed in my bed.

Since I couldn’t wait until I found an apartment to move out, I crashed on a friend’s couch for a few days while I located a new place.

When I finally did, I was very happy–except for the overwhelming anger that kept looming in my subconscious. Every time I turned around, something reminded me that he had hurt me, violated me, upset me. And that he wasn’t the only one who, by the time I was 19 years old, had done so–some in even more harsh ways.

Negativity begot negativity, and I started seeing more and more of it in my life. I struggled with it for months, falling into depression after depression. I felt like I was completely worthless, drowning in my own thoughts.

One day, as I sat wracking my brain about how to get over this anger, I thought I heard something. I was alone in my apartment, with the exception of my cat.

And I know this is going to sound crazy, but I would swear to you that I heard someone whisper, “You have to forgive him,” in my ear.

And, more strangely, I knew immediately what the “whisper” meant.

Even though I’d stuffed it all down and tried not to focus on my anger for all of these months, it still stayed there, like a parasite, nibbling away at anything positive that came into my life.

So I picked up my notebook and started writing him a letter. I told him why I was so angry at him and what he did that hurt me so much. I told him why I thought he was wrong. I called him every name in the book and said cuss words that I invented for the occasion.

And at the end of the letter, I told him that I forgave him–not for him, but for myself. Because I deserved to live in peace, without the negativity of my past with him (or anyone else, for that matter) corroding my beautiful world.

When I finished the letter, I felt an amazing sense of peace come over me, almost immediately. And, while I’d fully intended to mail the letter (or at least an edited and polished version of it) to that man, I never did. It turned out that I didn’t need to.

Once I’d written down my feelings, owned them, and moved on–the healing began. Such a simple act allowed me to release months of pent up feelings that were holding me back. I was finally able to begin to feel GOOD again, and suddenly my life was back on the right track.

Are you holding a grudge? Do you have some old anger lingering in your heart? If so, it’s time to begin to heal. We all know logically that we cannot change the past, so why live there?

Here’s my challenge for you today. If you are plagued by anger or holding a grudge that you just can’t shake, try writing a letter today to the source of your frustration. Say what you mean, and don’t censor yourself. Let it all out.

And then, offer your forgiveness.

Then, if you like, write a more “reader friendly” version of your letter and mail it to the person or people who have hurt you. But more likely, you might find that the simple act of getting it all out is enough, like I did.

The bottom line here is that if you are holding on to toxic anger, it’s only hurting YOU. The person or people you’re angry at are probably not aware of it–and if they are, it’s not affecting them nearly as significantly as it is you.

The best revenge, they say, is living well–so if you don’t want to let go of your anger just for your own sake, then let it go to be the bigger person.

I’ll leave you with a final quote from Catherine Ponder.

“When you hold resentment toward another, you are bound to that person or condition by an emotional link that is stronger than steel. Forgiveness is the only way to dissolve that link and get free.”

What do you think? Do you have someone to forgive? Share your thoughts and experiences in the comments section, below! 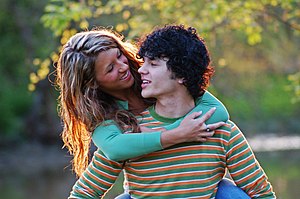 What to Do if Your Lover Still Loves The Ex

As the years go by, they profess they will love each other forever. Somewhere along the line, however, one decides they no longer want the relationship and leaves.

Terminating a relationship doesn’t always mean either person stops loving the other. Before we go further, it is important to note the difference between loving someone and being in love with them.

Think of a family member you don’t usually get along with. While you prefer to limit the time you spend with that person, you still love them. They’re family.

Loving a person does not require you to trust them, or even be near them. When a person is in love with another, they feel intimate attachment. Being near that person makes them feel happy and fulfilled.

When someone says they will love another forever, it is usually true. Society molds us to think the one we are dating must regard us a far superior to all the rest. We want to hear that we are far better than our partner’s ex. There are many things wrong with this desire, though.

1. The idea that you are better than someone else may put you uncomfortably high on a pedestal or be a sign that you are meant as a replace to the ex. Ideally, comparing you to an ex should be like comparing apples and oranges. The love your partner had for their ex was unique and the love they have for you is also unique. If you act as a replacement for the lover your partner lost, there’s a good chance they are not completely over their ex.

2. Having resentment or anger toward an ex shows a lack of forgiveness. Especially if your partner was the one who was dumped, they may have dealt with feelings of resentment toward their ex. Forgiveness is always better than resentment. As time goes on, they should come to a point where they forgive their ex for the pain they caused and move on. A part of them may always wonder where their ex is and hope they are doing well. After spending years in love their ex, there will also probably always be a part of them that loves them. As I said above, loving someone is different from being in love.

Good and honest people never say they will love someone forever without believing in their words. Not only is it completely normal for a person to wish their ex well, it should be preferred. This shows the person has a great amount of maturity and a strong will to move forward. It is no easy task to forgive someone who has hurt your so badly. Forgiveness is not meant to benefit the offender, though.

Forgiveness is essential for a person to move on. There are many vicious actions people take against one another. Those who are able to forgive their offenders and move on are the ones that lead a happy and healthy life.

Be open and honest with your partner. It is completely normal to feel anxious about your place in your lover’s heart, especially if their last relationship lasted a very long time. Don’t be afraid if they think well of their ex and express forgiveness.

If one day your current relationship were to take an unfortunate turn, would you not want your partner to someday still wish you well, as you will also wish them?

Author Bio: Tonya Vrba is a passionate freelance writer. Her work has been published in newspapers and blogs. She is currently an active writer for Online Dating Sites. Learn more about Tonya and her work at her personal website tonyavrba.wordpress.com.