No-Neck Blues: The Shocking Trigger That Led to a 100 Pound Weight Loss

“The greatest revolution of our generation is the discovery that human beings, by changing the inner attitudes of their minds, can change the outer aspects of their lives.” ~William James

It’s time to come clean.  I used to be seriously obese – I know, you know. But what you don’t know is what it is that made me finally stop being that way.

Maybe it wasn’t the best reason – but hey, it did the trick. But it took a long time to get there. Even though I had high blood pressure, sleep apnea, and several other obesity-related health issues, it took a few non-health-related things to kick me in the butt to get moving.

So I can’t hide it any longer. Here’s one of the incidents that inspired me to lose weight and later tell my story. Of course, I never thought I’d be sharing this stuff in public. But here we go – a whole new thing has occurred in my life – I have chosen to try that whole radical self-acceptance concept, and I’m digging it – which means that I am willing to share my secret weight loss stuff to help you, my very favorite reader, out – and also willing and able to ignore the negative stuff that comes with it when the trolls get a hold of the link. But that’s another post for another day! So anyway, on with the show.

The Day I Lost My Neck: A Painfully True Story of Self-Realization

My name is Angela Atkinson, and I’m the editor-in-chief and creator of QueenBeeing.com, among other things. I’m also a woman who has struggled with being obese and being invisible in a society that both perpetuates obesity and shuns those affected by it.

There was a time that my face appeared to be attached to my shoulders – I was seriously neck-impaired. One evening in 2009, I was sitting in my living room having coffee with my friend Lori, when I admitted something that I hadn’t yet been able to say out loud up to that point.

Being the good friend she was, Lori insisted she could see something that resembled a neck – but the truth was that she was just being nice. I had no neck.

But that moment was significant – it marked a period of serious personal growth in my life – and within two years of that day, I had completely changed my relationship with food and with my body – and dropped 100 pounds in the process.

Good old Timehop helped me remember this stuff actually – see what it stuck in my face the other day? Ha, I kid! I love these kinds of before and after weight loss photos – they really help my motivation to stay on track!  (But, see how I had no neck on that left pic? Yikes! No wonder I could barely breathe.)

I managed to get past the biggest part of my weight struggles and to take off the 100 plus pounds I needed to – although the journey continues every day. I learned to change my mind and to understand myself and the way my body works on a whole new level.

In fact, I chronicled the whole deal in my book, Project Blissful: How I Lost 100 Pounds Without Starving, Sweating or Surgery.

I wrote this book because I truly believe in paying it forward and in helping others who could use some real, solid advice from someone who has been where they are, rather than some random fitness guru who has never experienced the life of an overweight or obese person.

My genuine hope is that it helps everyone who reads it to find a new perspective and to allow her (or his) true self to emerge through the physical baggage she (or he) is carrying today. That’s how it worked for me, once I figured out the really important “little things” I was missing – and I’m sharing them all with you in this book.

The Many Links Between Weight Gain and Sleep Apnea

Today, almost everyone that struggles with their weight understands the toll it can take on your health, as well as your emotional state. The struggle to maintain a healthy body weight has become even more difficult for millions of people at risk for sleep apnea due to being overweight.

Obstructive sleep apnea (OSA) is an all too common condition where a person periodically stops breathing while they are asleep, which has serious health implications. It is no coincidence that many people who are overweight also snore. Nor is it coincidental that a high percentage of these people suffer from OSA. It is estimated that 60 percent of people who snore actually have sleep apnea.

Snoring is usually caused by the relaxation of the throat muscles during sleep. This leads to tissue in the throat blocking the airway when you lay down. Although a little narrowing of the airway is normal, when it becomes severe, it leads to a much greater collapse of the airway behind the tongue. This is what causes snoring. When the collapse is complete it causes apnea, which means “without breath.”

Find out how to lose weight safely and effectively–no pills or potions, no cost. Just real advice from someone who successfully lost more than 100 pounds.

When these apneic events happen and the person stops breathing (often hundreds of times a night for as long as a minute each time), they wake from the restorative REM sleep, and the cycle starts all over again. It is not uncommon to have brain fog, memory loss, or fall asleep during the day. Things only get worse from there as OSA is closely linked to potential development of hypertension, cardiovascular disease, or diabetes, as well as other life-threatening conditions.

Being overweight saps your energy, and having OSA on top of that means that the lack of a good night’s sleep can make it even worse. There are numerous studies showing that sleep deprivation has been shown to lower the body’s hunger-dampening protein known as Leptin.

OSA and a high fat diet both slow our body’s metabolism, lower insulin resistance and glucose intolerance, as well as raise blood pressure. So, these challenges can work to create a cycle that leads to greater weight gain. This low energy state of OSA makes it hard to keep up with an exercise regimen. The natural depression that can come from being overweight and through OSA just makes motivating yourself that much harder.

The link between OSA and weight is the gift that keeps on giving as scientists now have supporting evidence that even people within healthy weight parameters but suffer from OSA are at a high risk of weight gain. This is a good wakeup call (pun intended) for all of us whether we have OSA or not, and whether or not we are struggling with being overweight. The good news is that spreading this knowledge will help all of us stick to eating healthier and exercising regularly to avoid, or help reverse, the symptoms of OSA.

There are millions of people that are walking around with this condition that remain undiagnosed. Consequently, it is imperative to discuss symptoms like sleeplessness and snoring with your physician to determine the proper course of action. If you have sleep apnea, you may be a candidate for Continuous Positive Air Pressure (CPAP) therapy.

Considered by the medical community as the most effective means of counteracting sleep apnea, CPAP therapy requires the user to wear a mask and a machine continuously. This equipment gently delivers air during the night to keep your airway open. The goal is to get your weight and the sleep apnea under control so that you can enjoy life as a healthy, well-rested person.

Bio: Melissa Howe is a freelance writer with more than two decades writing about health and health technology. Having focused most of her writing career on sleep apnea and its health related conditions, she is a regular contributing writer for The CPAP Shop. 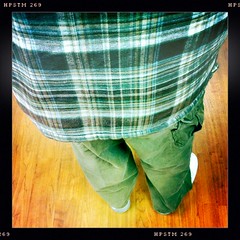 From the Archives: Sleep Problems Lead to Lack of Life

As I have gone through the journey to create my best life, there were a few bumps and bruises along the way, such as the time I found out I had sleep apnea due in part to the extra weight I was carrying around at the time. The following is a post I wrote back in 2006 regarding the way I felt about myself and my life. So much has changed since then!

I am 31 years old. I have two beautiful children and a wonderful husband. We aren’t rich, but we manage to get by and even have a few luxuries.

I feel like I have “it all”, so to speak. I can’t really complain too much. Of course, there are things that I want, but most of those, I could give to myself if I just got off my butt (literally and figuratively) and worked hard.

Pure laziness, pure exhaustion, plain and simple. I know what to do, and I even know how to do it—but I am constantly exhausted. I barely have the energy to do what I have to in order to take care of my family.

So, Wednesday, I had a minor procedure to remove an errant IUD. That might help a little. Then, yesterday, I went to the doctor to find out that not only do I have high blood pressure, but I also probably have sleep apnea—which could be causing my exhaustion.

Hmm, imagine. So I have to go and get a sleep study done, and will most likely be expected to sleep from now on with a machine on my face. Okay, I pretty much already knew I had sleep apnea but had no idea it could be causing so many of my other problems.

So I am going to look at this as a good thing. Perhaps I will gain the energy I need to meet my goals and to be a better mom and wife. To be a better me. Sounds perfect.

Well, here’s the bottom line. I am learning (the hard and painful way) that if I don’t take care of ME, I won’t be around much longer to take care of anyone else. So I am committing to that, today, right now as I’m typing this.

I will start taking care of ME. I will work to get healthy so that I can accomplish my goals and dreams. If I don’t do it, no one else will do it for me. It’s time that I take a stand for myself, and do something to improve the quality of MY life, and in so doing, the lives of my family. Okay, I’ll get off the soapbox now.