Tips to Help you Survive Hectic Mornings with Kids 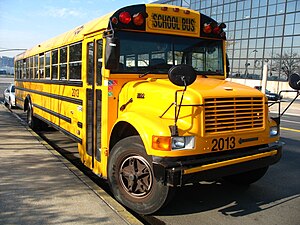 Do you dread getting out of bed on school mornings? Do you want to smash the alarm clock and toss it out the window? Pull the covers up over your head and hide? If you answered yes to any of the above questions, then you need to learn how to survive those hectic mornings with kids.

Whether you have one child or four children to help get ready for the school day these tips will help you survive the hectic mornings when nothing goes right and everything that can go wrong does.

Like most moms, I thought it was normal to run around like a chicken with my head cut off making lunches, and breakfast at the same time. One particular hectic morning, we were running really late when my young daughter asked me, “Mommy, why are we having peanut butter and jelly sandwiches for breakfast?”

It was at that exact moment I realized that I had just poured syrup on the waffle in her lunch bag. Needless to say, that day I sent her out the door with a not so healthy donut breakfast in one hand a few dollars in the other hand to buy a school lunch. She looked as confused as I felt. Talk about Mother of the year. NOT!

You think that is bad? I also have an older son who while I was rushing my young daughter out the door to the bus stop was nowhere to be found. The worst part was that I never even noticed he was not at the breakfast table. I watched my daughter get on the bus and the bus pulled away.

I turned around to enter the kitchen and there stood my 13-year-old son still in his pajamas asking, “What’s for breakfast?” Out of the box came another “healthy” donut and from my mouth came “Hurry up and get dressed I’ll have to drop you off at school on my way to work you missed the bus.” Luckily, for me, he does not mind the school lunches.

A few minutes later, I grabbed my purse as I heard him clomping down the stairs and realized my daughter forgot her backpack – Perfect!

We rushed out to the car and I dropped him off at the junior high and drove the 5 minutes down the street to the elementary school. I actually caught my first break of the morning as I saw my daughter getting off the school bus. I honked the horn to get her attention she ran over to the car and I handed her backpack and she was on her way.

Phew! That was over. The rest of the day thankfully was uneventful. However, I realized that I needed to make some changes to prevent another morning like that from ever happening again!

The ideas I came up with later that night seemed simple and easy enough to put into effect–and hectic mornings with kids are almost a thing of the past!.

Tips for a Smooth Morning Routine: Say Goodbye to Hectic Mornings With Kids

• After the homework is completed and all the necessary items needed for school the next day are in the backpack it gets set by the back door where they exit to get on the school bus.
• Sandwiches get made the night before and put in the refrigerator next to the juice box and fruit or veggie sticks. Anything that does not need to be refrigerated that is going into the lunch bag gets put in the lunch bag and the bag is left open for easy access to place the refrigerated items in.
• Clothes and shoes get picked out the night before, are placed on top of the dresser, and are ready to be put on in the morning.
• All the dry ingredients for breakfast and the pan or waffle maker are set out the night before. The table is set so all I have to do is make breakfast and carry it to the table.
Since that fateful day, I have been applying my four easy tips every morning. I am happy to report, we no longer have stressful mornings and no one has eaten a donut for breakfast, forgotten a lunch or backpack since that day! 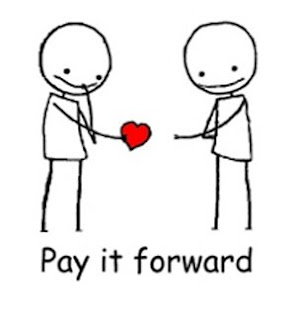